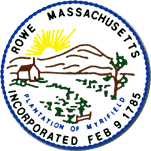 Settled as the Plantation of Myrifield 1763

Form of Government: Board of Selectmen, Open Town Meeting

A Brief Description of Rowe

Rowe is a small hilltown in northwestern Massachusetts, with a population of 390. The town is one of scenic beauty, with wooded mountains, clear brooks, and the Deerfield River on its border. Rowe is close to ski areas and enjoys great hiking, fishing, hunting, kayaking, rafting and canoeing. Rowe has its own elementary school and grades 7-12 attend either Mohawk Trail Regional School System or Franklin County Technical School.

The Rowe Historical Society maintains an excellent small historical museum, containing antiques, artifacts and numerous photographs documenting the history of the town, including Fort Pelham (built in 1744 to guard against attacks by the French and Indians), and the construction of the Hoosac Tunnel. The close-knit community enjoys a solid tax base provided mainly by hydro-electric generating facilities.

The earliest human activity in the Rowe area was by Indians traveling along the Deerfield River for fishing purposes and in the hills for hunting and gathering during the late Archaic period. A few artifacts, one of which is in the Rowe Historical Museum, have been found dating back to 400 or 500 BC.

The first documented venture into the Rowe hills was in June 1744 when scouting parties were sent out from Deerfield looking for reported Indians. To guard against attacks by the French and Indians at this time the Massachusetts General Court ordered the erection of a line of forts from the Connecticut River to the New York state line. Fort Pelham was one of the forts and was built in late 1744 with trails from Fort Shirley in Heath and to Rice’s Fort in Charlemont. Fort Pelham was occupied until 1754 but never saw action.

On June 2, 1762 the General Court of Massachusetts put up for auction some of the Province Lands in western Massachusetts. Rev. Cornelius Jones bid in a parcel of ten thousand acres for £380. He called it Myrifield, from the Greek “myrias” meaning 10,000. He sold his lands at a reasonable price and lived here with his family and preached among the settlers until 1779 when he removed to Whitehall, New York where he died in 1803, a wealthy, well respected citizen.

By 1784 the community had grown to the point of being able to petition the General Court to be incorporated as a town, asking to be called Exeter. When the petition was granted on February 2, 1785 the town was to be called Rowe, presumably after John Rowe, a noted Boston merchant. Lands were added to Myrifield on the east and south. In 1838 another section, part of unincorporated Zoar, was also added.

The heyday of early Rowe was between 1820 to 1860 when the population was at its highest, 851 in 1820. Many mills were established along the brooks and sheep raising was a major industry with a large Satinet factory in the village (near the site of the present day DPW Garage). Rowe was basically a farm community.

Traveling was difficult as Rowe is a hill town with a precipitous western border. The original grant of Myrifield included lands west of the Deerfield River but by 1802 when this area began to be settled it was realized that they were too far from the center of town and were gradually given autonomy. By 1822 they with other surrounding lands were incorporated into the Town of Monroe.

In the late 1800’s with the coming of the railroad Rowe became a vacation destination and many local people made a good living taking in summer boarders. At this time talc, soapstone and sulfur ore were discovered and mining became the order of the day. The eastern section of town, called Davis, became the center of activity because of the profitable operation of Davis Sulfur Ore Mine for twenty-nine years. Rowe’s low point was during the war years of the 1940’s when the population dropped to 176 in 1945.

The 1950’s saw major changes in Rowe. The population was gradually increasing, Pelham Lake and four hundred acres of park land were given to the townspeople of Rowe by Percy Whiting Brown, the town enacted the first set of zoning bylaws in Franklin County and major improvements were initiated. In 1955 during the Atoms for Peace era of President Eisenhower, Rowe became the site of the first atomic electric generating plant in New England. Yankee Atomic Electric Company prospered for thirty-one years until closing in 1992. The plant has now been fully decommissioned.

The first introduction of the electric power companies in Rowe was in 1910 with the purchase of land along the Deerfield River with an eye to future use, and the installation of transmission lines across town in 1911. In 1926 the first hydroelectric station--known as Sherman Station--was built at Sherman Reservoir on the Upper Deerfield by the New England Power Company (NEPCO). 1974 saw the completion of Bear Swamp Pumped Storage Generating Station in the southwestern part of town along the Deerfield, also built by NEPCO. A short time later Fife Brook Station was added on the river just below the Bear Swamp facility. In the 1990's electricty was deregulated in the Commonwealth of Massachusetts, which meant that generating facilities could no longer also distribute electricity. NEPCO kept the distribution portion of its holdings and sold its generating facilities to USGen. A short time later USGen sold the Bear Swamp facility to Brookfield Power and the other stations (Sherman, No. 5 dam at the bridge to Monroe, and Fife Brook) to TransCanada*. [That sale also included Dunbar Brook station in Florida MA.] Through the years the town has been fortunate to have all of these companies supporting its tax base.

Rowe is a beautiful hill town with the village elevation at 1350 feet and the highest point being Adams Mountain in Pelham Lake Park at 2140 feet. The western boundary is a wall of mountain dropping about 900 feet to the Deerfield River. Between 1956 and 1963 Percy Brown donated 448 acres--including Pelham Lake--to the townspeople of Rowe. Through the years the town has acquired contiguous land and the Park is now a 1360 acre jewel.

The fourth edition of The History of Rowe Massachusetts was published in 2006 by the Rowe Historical Society www.rowehistoricalsociety.org 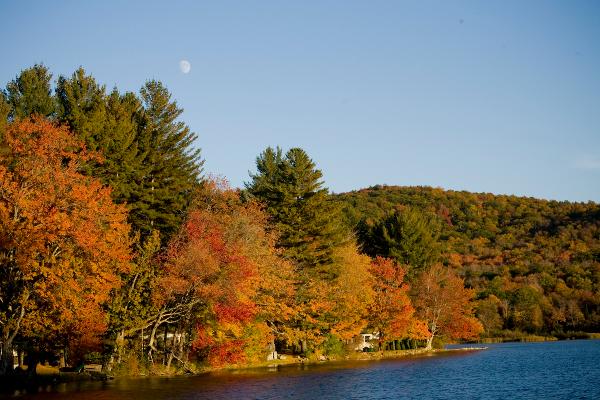 How to Dispose of Mattresses and Textiles 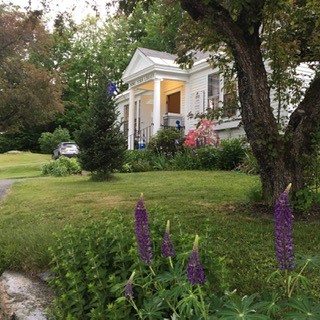 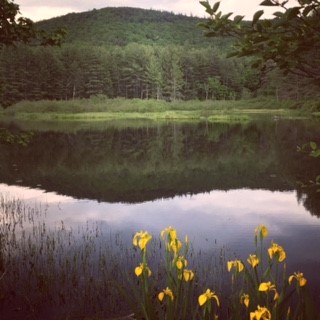 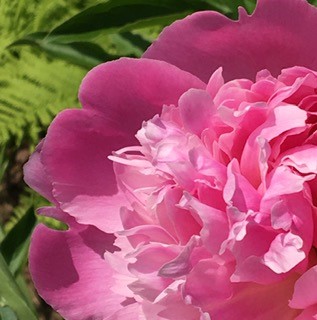